My meeting with electronic sounds was totally unexpected. A kind of creative explosion due to the use of electronics instruments and synths. But since I remain a classical musician in my heart -and in a large part of my life- I explore an instrumental kind of electronic music, mostly inspired by classical repertoire.

​My first album, BachBox, has been published by JeansMusic records - the new music label of the JeansMusic lab founded in 2018.

The second EP, Sound of Elements, has been relased on March 31st 2020.

Cantate de l'Espace-Temps, written for Baroque Reloaded, has been premiered in Jesi on September 4th for the Festival Pergolesi Spontini, coproduced by Fondazione Pietà de' Turchini, Napoli and that will be repeated (hopefully) in Napoli in 2021.

And 2021 is already busy! Classical X project (orchestra and electronics) will make its debut during the summer,  number of impro and sound sessions are planned, and last but not least, I'm working on my beloved Charles Baudelaire, born 200 years ago, with the Luxe, calme et volupté project. Stay tuned!

I believe in music as a fundamental form of art, but I find that nowaday, there a clear lack of value for recordings and music. It's the reason why I decided to consider some of my compositions and recordinds like paintings or statues, and sell a one and only copy of it.

In the exact opposite logic of the market, the lucky owner of it will be the only person in the world to be able to listen to this piece of music, and will be able to sell it to somebody else.

This is no M ozart

Patches, the research for new sound 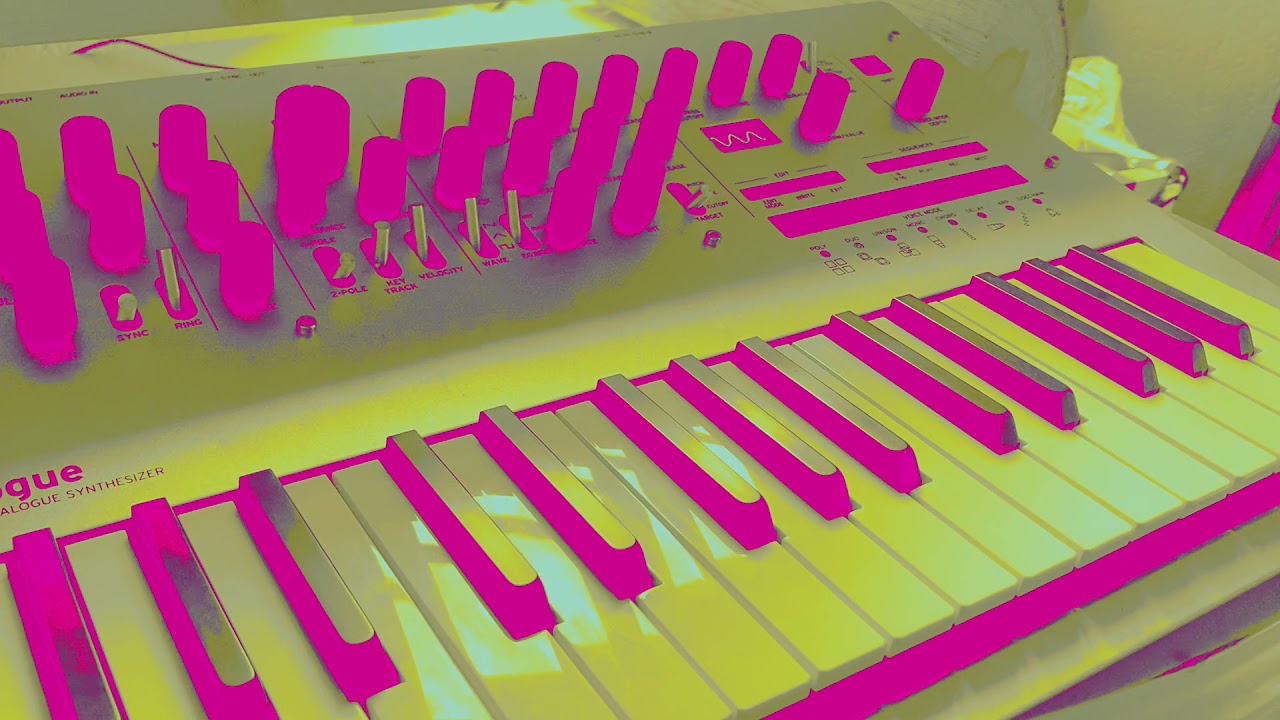 This Is No Mozart @ JeansMusic Festival

Loop III is out!

First piece written for the wider project Classical X  for non-amplified orchestra, synthesizer and electronics, This is no Mozart has been premiered at the Caprarica di Lecce's JeansMusic Festival  in July 2021.  The work "embraces" Mozart's G-Minor symphony, inserting its five movements between the symphony's movements and as a prologue and epilogue.

It's based on Mozart's themes, using them in a minimalistic and electronic manner.

This is no Mozart has not been recorded yet.

​"I took the four elements, and  analyzed the way  they were understood more or less hundred years ago, for example by a composer like Debussy. Then I took my inspiration from harmonies or pattern I found in his music, and reinvented a different vision of the same element using electronics.

In this project, unlike I did in BachBox, electronics are played entirely live, using both the midi return of the acustic Yamaha piano keyboard"

Not recorded yet, Cantate de l'Espace-Temps has been written for the show Baroque Reloaded, premiered in Festival Pergolesi-Spontini on September 4th 2019, and has been conceived to be perfomed together with an  Alessandro Scarlatti's toccata, two Vivaldi's Cantatas and a Pergolesi's cantata.

The electronic music is tought in order to create a musical frame to the baroque, and needs four performers: a soprano, a harpsichord, a cello,  and a piano/synth and live electronics.

Music composed for the show of the same name.

"I took the well known b-flat Partita by Bach as an inspiration basis. For each dance of the Partita I wrote a free electronic variation using Ableton Live. The idea was not just to play Bach with electronic basis and instruments, but to compose a brand new and original music from it, like the classical "Theme and variations". The result was a total surprise for me.

​The ispiration came obviously in one hand from the incredible music material Bach offered, and in an other hand from the sounds and effects of the electronic. Ambients that recalled me noises, words and sound environments of my every day life that I decided to include.

​I actually still ask myself what kind of music style it is. The basis is surely classical repertoire, the one I studied and played since I was five. Then I see there some progressive rock, some minimalism and obviously the electronics, the box, where all that music can stay together.

​It's like the Daft Punk interviewing Bach instead of Moroder!"